The epidemiologic studies have provided clear evidence that smoking is the major environmental risk factor for periodontitis. In fact, a previous study suggested that >40% of cases of periodontitis in the United States are attributable to the effects of smoking (Tomar SL, Asma S. Smoking-attributable periodontitis in the United States: findings from NHANES III. J Periodontal 2000;71:743-751). Of equal importance, it is recognized that patients who smoke do not respond as well to periodontal therapy as patients who do not smoke.

These findings, as well as the general health concerns related to smoking, have led to an effort to strongly encourage dentists to be advocates for smoking cessation and to assist their patients with quitting. While smoking cessation programs have not routinely been part of traditional dental practice, helping patients with this health care activity can have important health benefits. 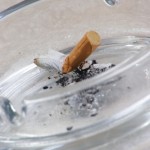 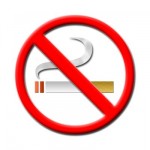 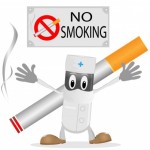 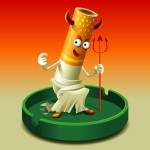 Smoking has been identified as the most important environmental risk factor for periodontitis .The majority of studies have examined the relationship of history of smoking (pack/years) or current amount of smoking (cigarettes/day) to the presence of periodontitis.

Another important exposure to smoking is referred to as passive smoking and includes environmental exposure (e.g., living near someone who is an active smoker). The passive smoker inhales smoke as a result of its presence in the environment. Recently, Yamamoto et al from Osaka University Graduate School of Dentistry, Japan, examined the relationship of both active and passive smoking to the presence of periodontitis.

A total of 273 individuals received an oral examination and a questionnaire, and whole saliva was collected for measurement of cotinine. In the body, cotinine is a breakdown product of nicotine; its assessment is used as a measure of active smoking or environmental exposure to smoking.

This cross-sectional (1 examination) report identified passive smoking as a risk factor for periodontitis. The authors stated that longitudinal studies (multiple visits over time) are needed to confirm these results.

A total of 49 individuals who both smoked and demonstrated chronic periodontitis was recruited. All patients received counseling to assist them to stop smoking. The approach for each patient was specific to his or her needs and could include advice, nicotine replacement therapy or the prescribing of bupropion (Zyban).

At baseline, periodontal parameters were recorded, and a full series of radiographs (vertical bitewings) was taken. All patients received comprehensive nonsurgical periodontal treatment (oral hygiene instruction and root planning and scaling). The patients were seen monthly for smoking cessation counseling as well as for supragingival plaque removal and reinforcement of oral hygiene. Clinical parameters were recorded again at 3, 6, and 12 months, and a second set of radiographs was taken at 12 months.

Of the 49 patients who entered the trial, 34 completed the 12-month protocol. Of the 34, 11 had quit smoking, 11 had not and 12 were classified as occasional quitters. Statistical analysis was performed on the data from those patients for whom complete information from each periodontal examination was available (10 quitters, 10 nonquitters and 6 occasional quitters).

While at 12 months there were no differences between groups in terms of mean clinical or radiographic parameters of periodontal disease, the patients who stopped smoking demonstrated a greater improvement in certain clinical measures. For example, as compared with nonquitters and occasional quitters, the quitters demonstrated a greater number of sites with >2mm and >3mm reduction in probing depths .

SMOKING AND HEALING OF PERIODONTAL TISSUES

Clinical studies have indicated that smokers do not respond as well to periodontal therapy as nonsmokers. This likely relates to altered wound healing. To examine this finding, Benatti et al from the School of Dentistry at Piracicaba, Brazil, used an animal model to microscopically follow the healing of a standardized wound of the periodontium when animals were exposed to cigarette smoke or nicotine.

A total of 42 rats was used. These animals were divided into 3 groups of 14 animals each. One group received nicotine by subcutaneous injection each day, another group was exposed to the smoke from 10 cigarettes per day and 1 group was an unexposed control. After 30 days of exposure, a standardized osseous defect was created on the buccal surface of the distal root of the mandibular first molar. Three weeks later, the animals were sacrificed, and the healing of the defects was examined histologically.

All wounds healed clinically. Histologically, the group exposed to cigarette smoke demonstrated significantly less (p < .05) bone fill of the surgical defects and reduced density of the new bone compared with the nicotine and control animals. There were no differences between the nicotine and control groups. None of the groups demonstrated new cementum formation in the created defects.

These data indicate that cigarette smoking has an adverse effect on healing of the alveolar bone. The authors note that smoking adversely effects the healing of other surgical procedures (e.g., mastectomy, head and neck surgery).

The mechanisms that account for these clinical findings are not defined, but they may be related to reduced oxygen in the environment or the toxic effects of one or more of the many chemicals in smoke. Evidence here, however, indicates that nicotine is not responsible for the observed alteration in healing of the alveolar bone.

There are now very strong data indicating that individuals who smoke have a markedly increased risk for periodontitis and also can be expected to have a poor response to periodontal treatment. Therefore, it is logical to ask if a program to quit smoking should be the first step in periodontal treatment for a patient who smokes. Palmer from King’s College London, United Kingdom, addressed this issue in an editorial that accompanied that publication of the study by Preshaw et al

The author noted that the study was the first attempt to use a defined quit-smoking strategy (involving counseling, nicotine replacement therapy and bupropion) linked to conservative periodontal therapy. He also commented on the percentage of patients who successfully stop smoking following an intervention, which is generally quite low. In the study, 11 of the 49 patients (22.4%) were able to successfully stop smoking at 1 year. This success rate has been reported in the medical literature but is towards the higher end of what is expected.

The author also emphasized that a successful smoking cessation program requires the use of an established multifaceted approach (which includes counseling and drug therapies), as well as patients who are motivated to quit. The author concluded that the positive results reported in the study suggest the need for larger studies to determine if the first step in periodontal therapy for smokers should be smoking cessation counseling.

It must be emphasized that while identifying the challenges of adding a smoking cessation program to periodontal therapy is important, the potential positive benefit of a successful program for the patient’s oral and systemic health is a very desirable outcome. Greater involvement by dentists in smoking cessation should be viewed as a logical extension of clinical services offered in the dental office.

Web sites that are helpful to quit smoking:
http://www.perio.org/consumer/smokestudy.htm

GUIDES TO HELP YOU QUIT:

Clear Horizons
University of Rochester School of Medicine and Dentistry
www.myclearhorizons.com
It’s not too late to stop! This step-by-step guide is designed
for smokers over 50, and features advice from successful
quitters. You can order it by phone (1-800-422-6237) or
read it on the web.

Clearing the Air: Quit Smoking Today
National Cancer Institute
www.smokefree.gov/guide/index.html
This friendly guidebook leads you through the entire process
of quitting, from making the decision to mastering cravings.
Helpful checklists and plan-writing pages make it easy to
follow. It also features up-to-date information on medications.
Order a paper copy, or download and print it yourself.

Guía para Dejar de Fumar
National Cancer Institute
http://cancercontrol.cancer.gov/tcrb/Spanish_Smoking_book.pdf
This colorful 35-page booklet is for Spanish speakers who
are thinking about quitting. Topics include benefits of
quitting and how to use medications. You can order a free
paper copy, or view and print it from the web.

I Quit! What to Do When You’re Sick of Smoking,
Chewing, or Dipping
Centers for Disease Control and Prevention
http://cdc.gov/tobacco/quit_smoking/how_to_quit/iquit
An upbeat overview of how to quit and stay tobacco-free,
aimed at young adults.

Need Help Putting Out That Cigarette?
Cecil G. Sheps Center for Health Services Research
http://helppregnantsmokersquit.org/assets/documents/booklet.pdf
If you are pregnant (or worried about a pregnant friend
or relative who smokes), this 28-page booklet can help.
You can download it from the website or order a copy by
calling 1-919-843-7663.

Why It’s Important for Women to Quit
Office on Women’s Health
www.4woman.gov/quitsmoking/important
You know smoking is bad for you, but this site tells you
exactly how it can hurt—from your head (stroke) down to
your bones (osteoporosis).

You Can Quit Smoking
U.S. Public Health Service
www.surgeongeneral.gov/tobacco/smconsumr.pdf
From the U.S. Department of Health and Human Services,
this 12-page consumer guide lists tips for each of the five
stages of quitting.

GUIDES TO KEEP YOU SMOKE-FREE

Forever Free: A Guide to Remaining Smoke-Free
Tobacco Research & Intervention Program
of the H. Lee Moffitt Cancer Center & Research Institute
www.smokefree.gov/pdf.html
A series of eight booklets with detailed advice for the new
nonsmoker. Examples:
If you’re fighting that urge to light up, see booklet 2,
“Smoking Urges.”
If you’re worried about gaining weight, see booklet 3,
“Smoking and Weight.”
If you slip and have a smoke, see booklet 4,
“What If You Have a Cigarette?”
If you smoke to deal with stress, see booklet 6,
“Smoking, Stress, and Mood.”

Many patients have management to quit smoking successfully with the help of Dr. Dorrin M. Birch, M.D. please contact her office at (419) 874-2442 for further information and to arrange an appointment.